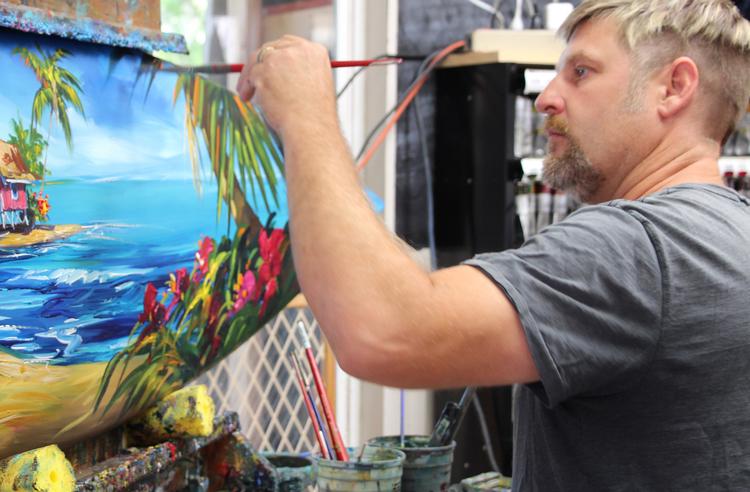 Not long ago, Steve Barton was known primarily as a local artist who captures bright and colorful California coastal scenes from La Jolla to Carmel. Today, Barton’s work is on display in more than 35 galleries, covering over a dozen states including Hawaii, New York, Florida and even Puerto Rico.

Originally from New Hampshire, Barton’s success as an artist began early. His mother, an oil painter herself, inspired and encouraged him to paint. After studying at Rhode Island School of Design, Barton desired to broaden his search for subject matter. He traveled to the West Coast,where his paintings took on the dreamlike quality that we experience today.

Presently, Barton donates his time by doing painting demonstrations for students worldwide, and has spent time in Russia speaking to students of all ages about painting and setting goals in life.

Barton enjoys the freedom of spending afternoons with his wife, Deborah and his four dogs: Klondike, Sugar, Jim, and Tim. The “Wavy” concept was created by Steve in 1999 and is a testament to his creativity.

The Wavy Frame was designed to bring the frame into the work of art, creating a single unit. Together, the painting and frame invite you to walk around the room, viewing the scene from different angles as the natural shadow lines of the canvas subtly change the tone of the scene. 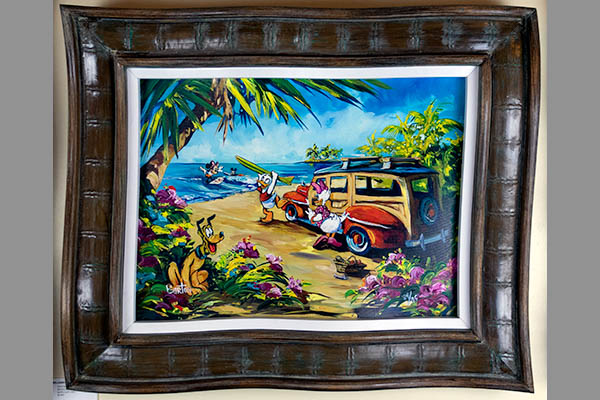 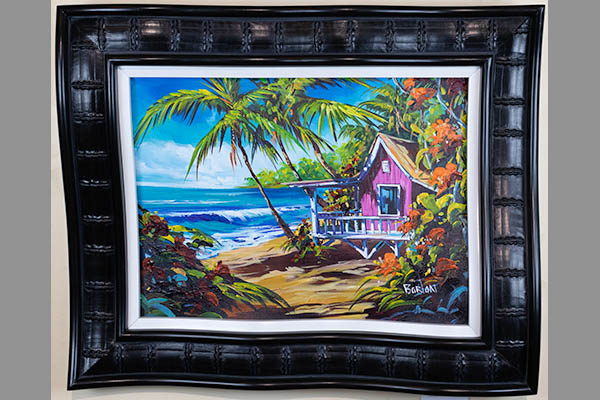 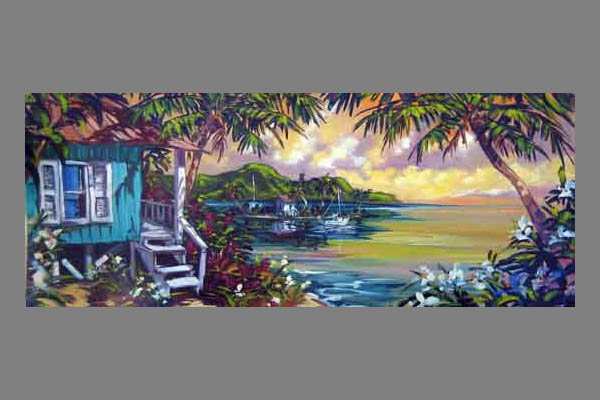 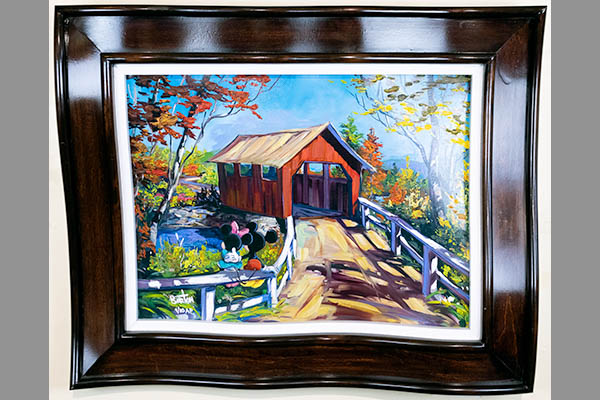 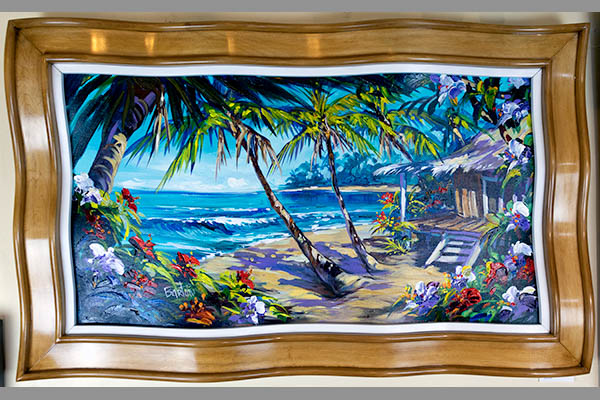 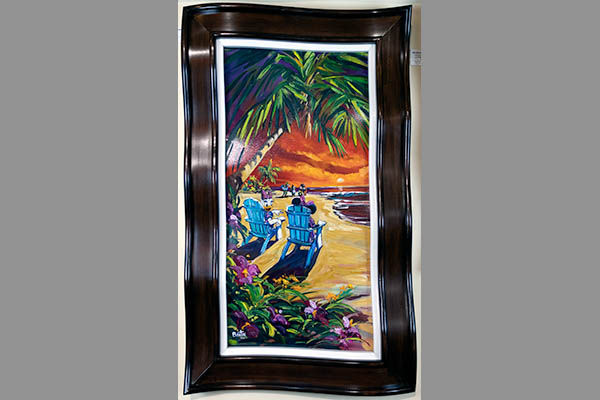 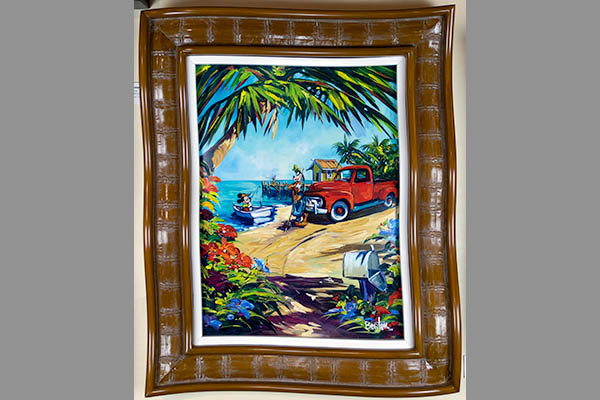 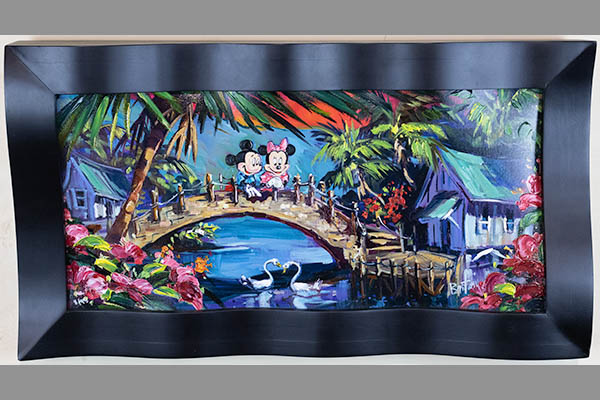 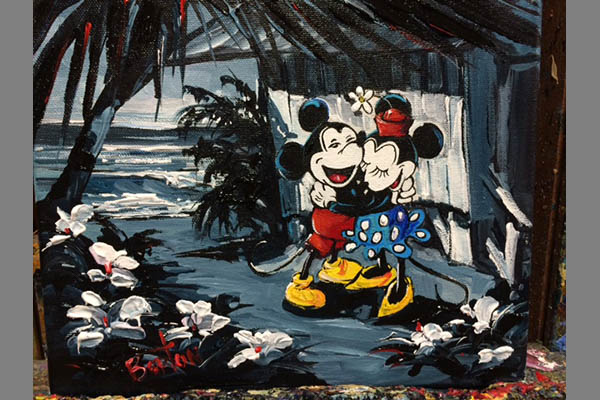 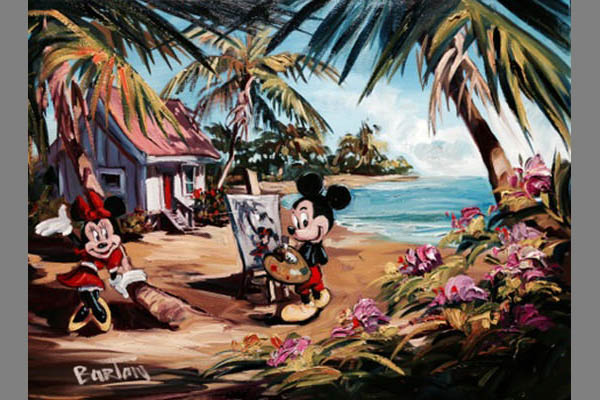 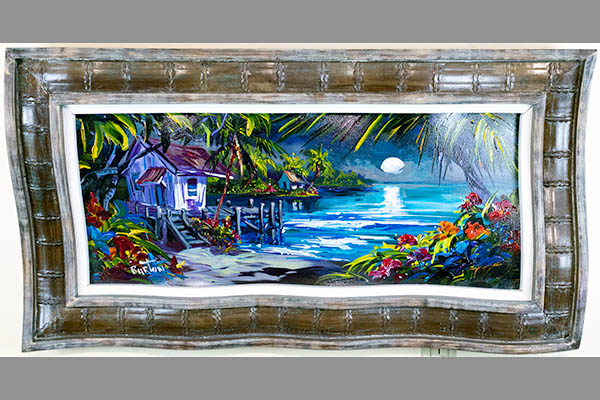 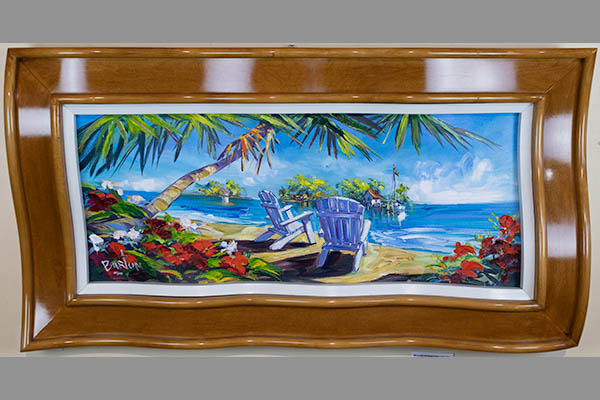 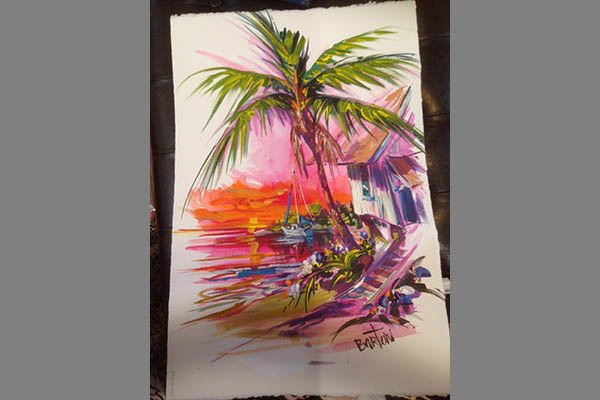 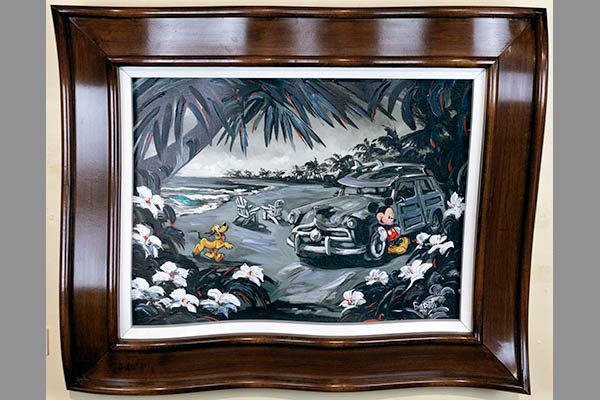 Pals on the Beach 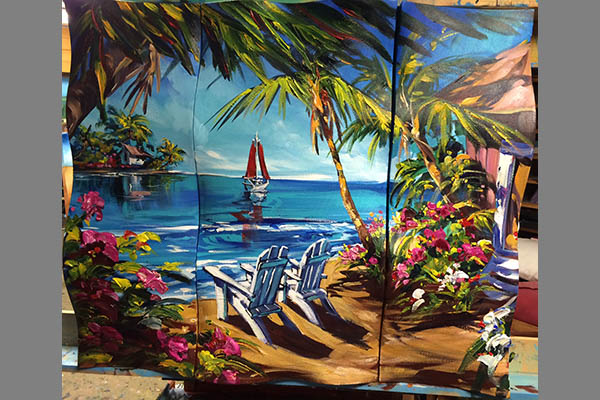 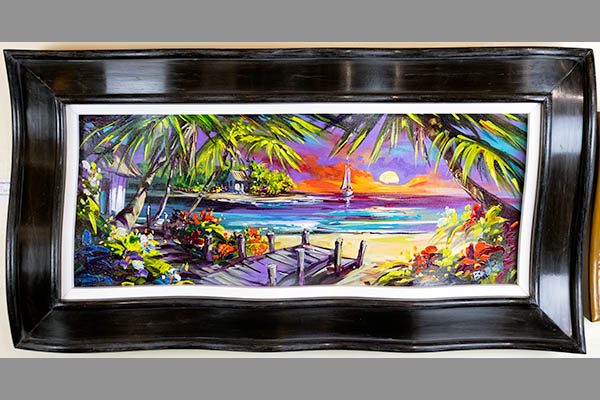 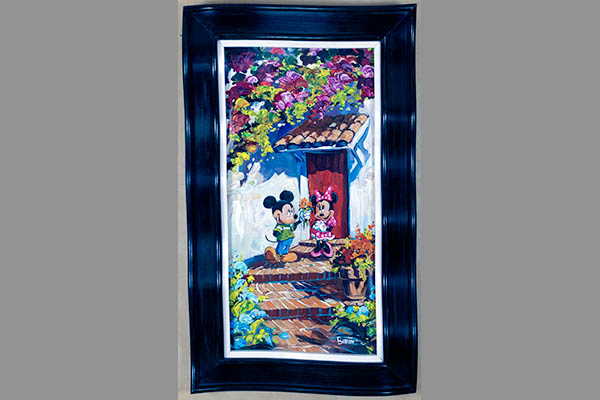 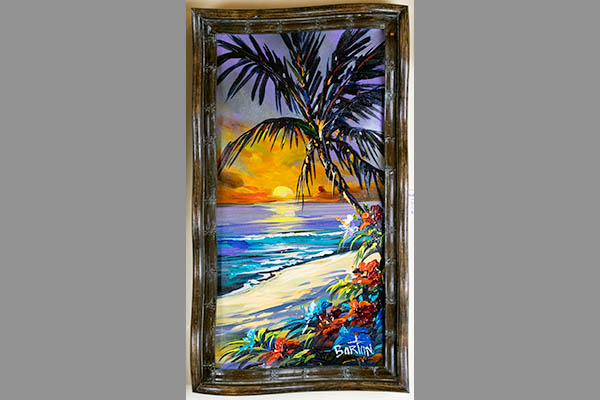 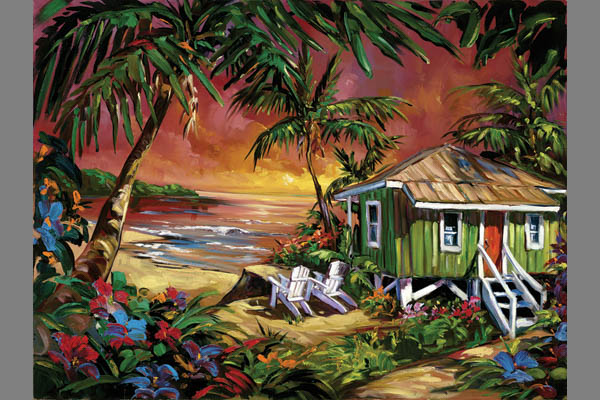 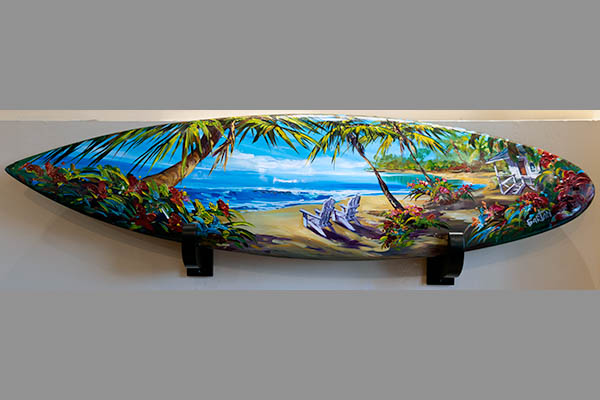 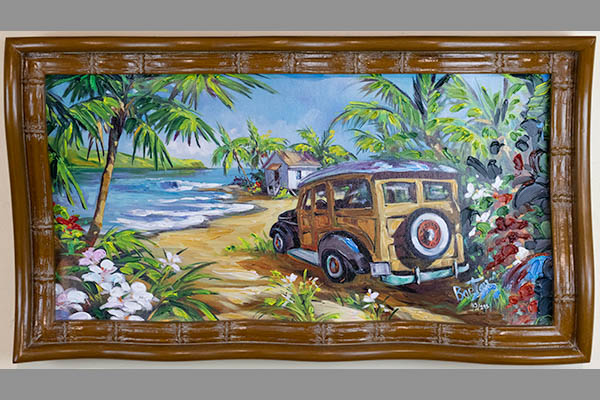 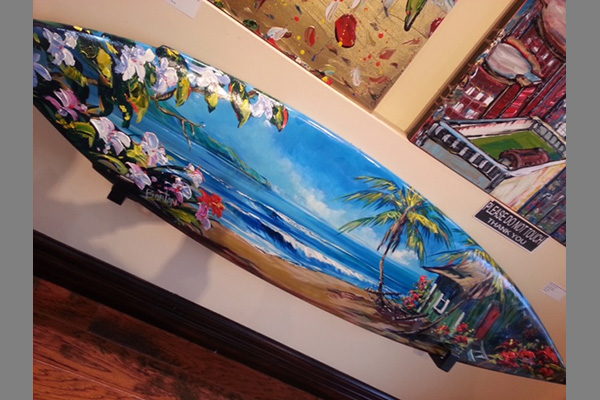 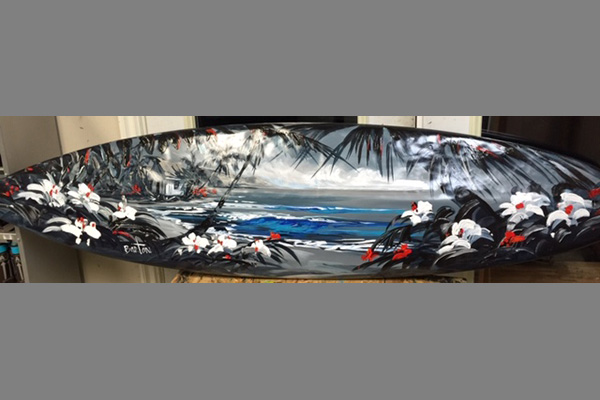 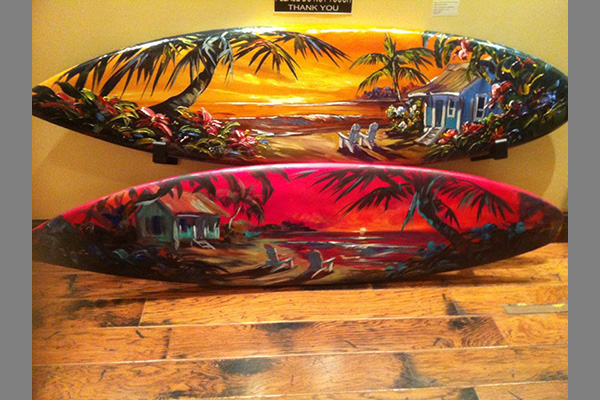 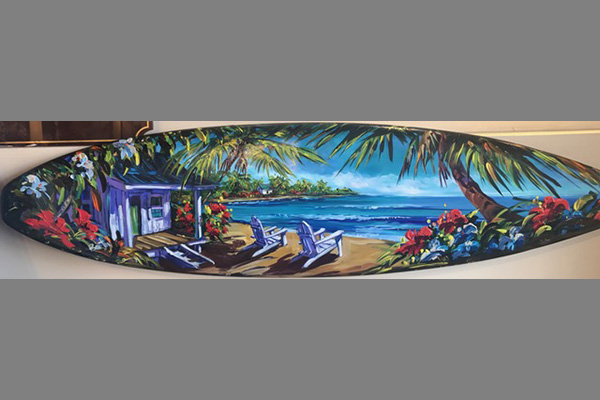 Surfboard Sunny Side of Life 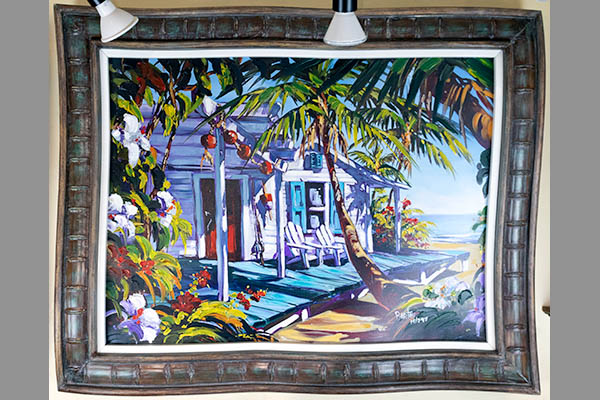